Sasha grew up in Eastern Ukraine, spending the first twenty years of his life in Kharkiv. In 1999, he heard God's call on his life to become a missionary in Rivne, 800 kilometers away from his home. There, he joined a team that planted a new church called Skelya,which means "Rock.” In 2002, he met and married his wife, Nataliya, and since then, they served together the youth in Skelya Church.

They officially joined JV in 2016 and since that time have faithfully served young leaders together with their two daughters, Diana and Juliana, and their youngest son Timothy. In 2020, Sasha and his family moved to the center of Ukraine in Kyiv to develop

the ministry of JV Ukraine in that region.

When the war started in Ukraine, Natasha and their children evacuated to Poland, where she served with humanitarian aid and refugees together with JV and partner churches in Europe. During this time, Sasha served in Ukraine coordinating the distribution of humanitarian aid and caring for refugees with local partner churches. In mid-April 2022, Natasha and her children returned to Ukraine, and after the Russian army left the Kyiv region, the Dubovyk family

returned to Irpin, where they actively serve in their local church. Sasha continues to help churches and young leaders in Ukraine through leadership training. Natasha mentors several young women in their local church and serves in church volunteer centers in Irpin and Gostomel. Their eldest daughter Diana also has a missionary heart and serves youth and teenagers in church volunteer centers in Irpin and Borodyanka.

You can give to Sasha & Nataliya Dubovyk. You will be redirected to our secure page

You can write to Sasha & Nataliya Dubovyk directly from this page. 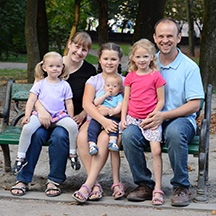 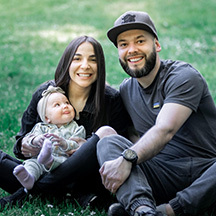 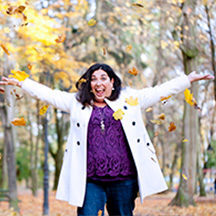 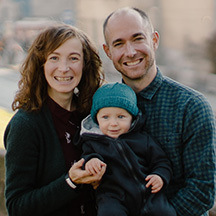 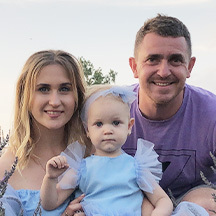 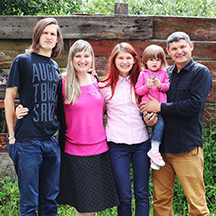 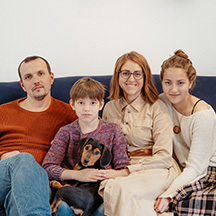 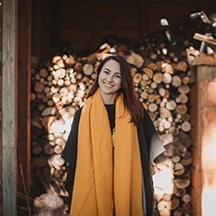 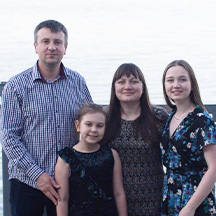 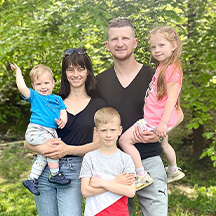 David & Daniela Kostlán The Kostlans serve in Slovakia where they get great joy seeing people realize they can live a full life through a relationship with God.

You can give to Sasha & Nataliya Dubovyk. You will be redirected to our secure page