The Road to Croatia - A New Missionary Story

“I had been floundering, trying to figure out what to do with my life. I had finished my first year of college and had never considered ministry as an option. But I had been pushed by a JV team leader to come back as an intern, and everything about it made sense and was exciting to me.”

Bronwen Crowley first went to Croatia with a short-term team from a Phoenix church in 2009 at age 19. After connecting with people there, she returned the next two summers as a JV intern.

Meanwhile, her future husband, Evan, was working with Habitat for Humanity in Seattle when he checked out Josiah Venture on a mentor’s recommendation. “All I could sense from the Spirit was be available, be obedient, and walk in the direction I have for you.”

At the time, our greatest need for interns was in Slovenia, so in the summer of 2011, Evan interned there while Bronwen served across the border in Croatia. The two met during intern training, which they now jokingly call, “that romantic Amazing Race.”

After getting married in 2014, the Crowleys are now JV missionaries in training (MITs), raising support and getting ready to serve full-time in Croatia, where two other families are already heading up ministry in Split.

When asked what they love about Josiah Venture, Bronwen says, “Prioritizing the local church. Prioritizing spiritual health among missionaries --we saw that big time even in the care we received before being accepted as full-time JV missionaries. And being gospel-centered and excited about what God is doing in these countries.”

During a trip to Europe in 2015, God spoke through His word in a way that Evan describes as “powerful, direct, and clear.” On Christmas eve, the Crowleys were officially accepted by the organization and were able to start the process of getting overseas. 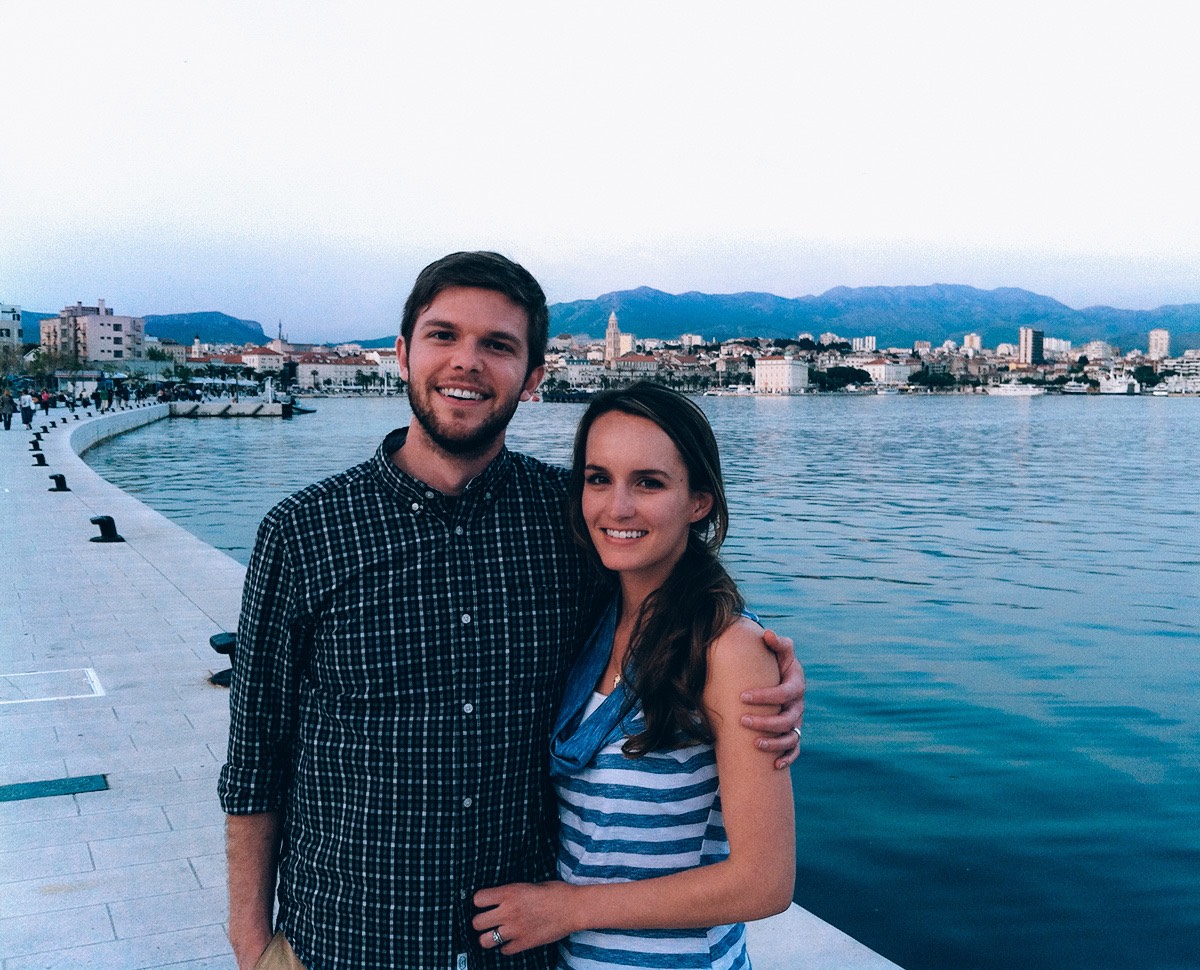 The road to Croatia has taken a lot of preparation.

In February, the couple attended JV’s new missionary orientation at the office in Wheaton, IL. Taking place twice a year, every February and October, the 3-4 days are designed to help our new staff with financial and HR logistics while also communicating more of the vision and mission of JV.

Bronwen says, “The overarching thing that stood out about orientation was meeting other missionaries going with Josiah Venture. I think we were all eager to make friends so it was a really good platform for that. It was also a good opportunity to get to know the people who are serving with JV full-time in the States, because we have so much online communication with them now it’s just good to know their hearts.”

Since completing orientation, the couple has raised over 70% of their support, resigned from their jobs, and are currently in Colorado for a month-long program at Missionary Training International, a required time of language acquisition and cross-cultural training that all our American JV missionaries attend before moving to Europe.

While training is obviously part of becoming equipped for their position in ministry, the MITs say that everything else about the process is preparing them as well.

Evan says he was reading a devotional book the other day and “it talked about how God is ultimately our great supporter. It meant that you can lean into Him, but it came at just the right time. God is our great supporter as we are seeking all these other supporters.”

The couple is also learning to trust God in the letting go process. Evan explains, “It’s been, in a sense, this consistent level of stress doing the work of support raising, but now that stress has turned to an underlying level of grief, because we’ve been working towards this goal and now we’re beginning to say goodbyes. Not only goodbyes to people, but we’re saying goodbye to our apartment and our city.”

Even with the personal sacrifice and challenges, the Crowleys know the process is worth it. Bronwen says, “We believe so heavily in this vision and in discipling young people in Croatia.” Moving to a country of 4.5 million people where only .4 percent identify themselves as evangelicals, these new missionaries will surely have plenty of opportunities to share the hope of the gospel.

The MITs look forward to the day when they arrive on the field and are able to invest in the people of Croatia. Evan says, “Our perspective right now is in general terms. We don’t really know Croatians. So the idea of learning about them, learning from them, learning with them is really exciting because that’s going to help us discover avenues for the gospel that are going to be effective.”

Please join us as we pray God would continue to lead and provide for Evan and Bronwen, and all our missionaries in training, as they work towards serving with JV full-time.