“God has already saved Europe twice. We’re asking Him to do it a third time.”

Dávid, a Hungarian Christian, sat face-to-face with Rob Trenckmann and smiled as he shared his prayer for revival with the soon-to-be Josiah Venture missionary.

As the two discussed how God had transformed Europe first in the early centuries after Christ, and then again during the Reformation, Rob was drawn to Dávid’s deep trust in God and his passion for seeing a renewal of faith in the country of Hungary --a country that was once known as a central power of Europe.

In April 2012, in part because of this conversation with Dávid, Rob and his wife Liz accepted the position as JV team leaders and moved their family to Hungary to start Josiah Venture’s ministry there.

Rob describes the first years of working in Hungary as laying a foundation at a construction site. “I heard a story the other day about someone who watched a skyscraper being built. He drove past it every day on his way to work. For the first six months or a year, there were building crews there but it didn’t look like they had built anything. Finally he stopped and looked over the fence, and he said it looked like they had dug about as far down as they wanted to build up, because it had to have that kind of foundation. I feel like that’s what the first years were for us… a lot of foundation work.”

This foundation building is crucial for ministry, but it isn’t easy. The Trenckmanns faced personal challenges including multiple moves, theft, and serious health issues all before having any team members join them.

Another obstacle were the feelings of disloyalty and hopelessness that lace Hungarian society. In recent history, Hungarians have seen over 70% of their territory and ⅓ of their population taken away from them. On top of this, a dead, legalistic form of catholicism prevails across the region. Rob says that because of these factors, making connections with Hungarians and the local church has taken time. 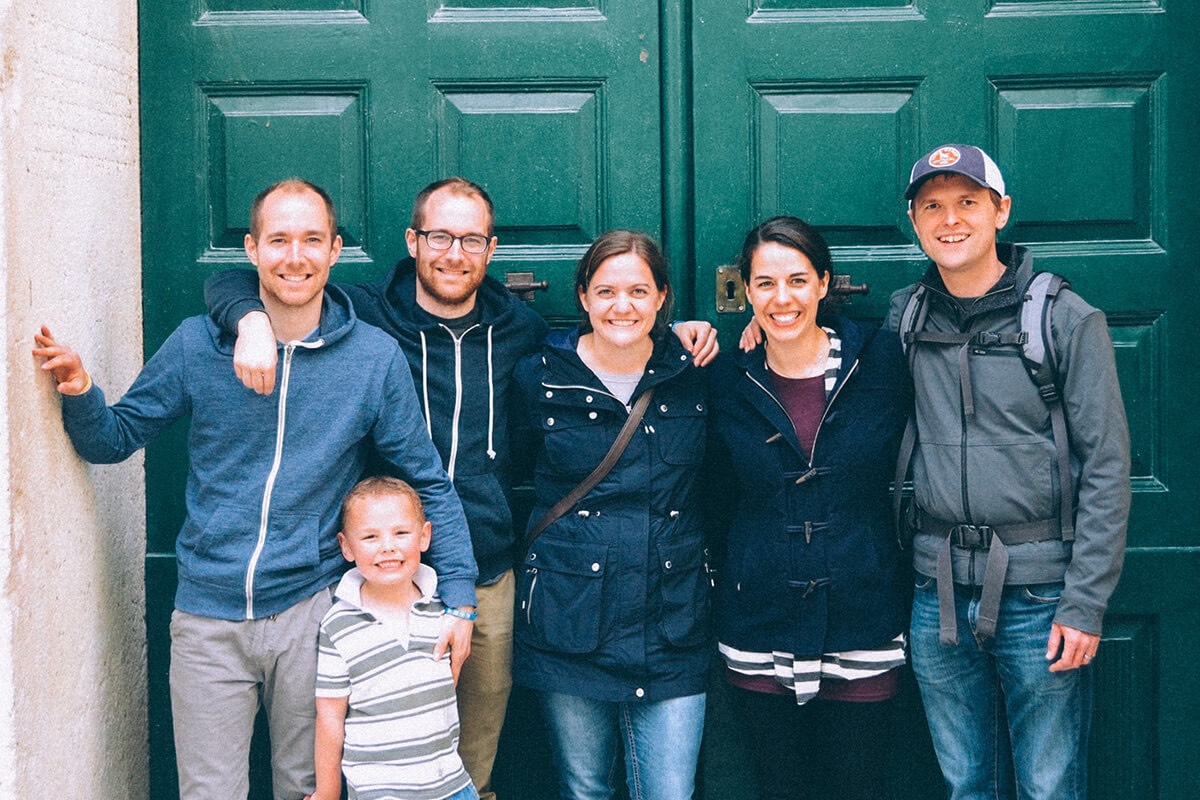 The JV Hungary team is excited about what God continues to do as they are faithful in ministry.

Yet, in time, the foundation has been laid and the work is gaining momentum.

Now four years after the Trenckmanns moved to Hungary, the JV team has expanded to include three other North American staff members, as well as one in the process of raising support. The team has also recently welcomed their first Hungarian member and are in the process of setting up a national organization.

What started in one city and one church has spread to two cities and three churches, with the goal to be in three cities, five churches soon.

Liz Trenckmann expresses her excitement, saying that one of the biggest things she’s learned is that “it’s about coming together on a team and being a unified body that is moving in the same direction. It’s through that that we see people come to Christ.”

Rob describes the effects of this further, “We’re seeing relationships we’ve been invested in for a while bear fruit. Both of the youth ministries we are involved with in Veszprem have new believers in them that have come to Christ through youth group, Edge sports, or camp. And those new believers, both guys and gals, are then plugging into small groups and reading the Bible with other people. And there are also some kids who grew up in the church, who weren’t doing well spiritually a year ago, who are now excited about their faith and leading their friends to Christ. It’s fun to see lights go on for the values of making disciples in the model of Christ.”

As Rob and Dávid discussed years ago, the prayer remains: “We’d love to see a young generation grow up in Hungary that not only leads their country back to Christ, but has an impact on the entire region.” And the team continues to follow God with bold faith toward this end.

Rob states, “We’re seeing God work. And my sense is that we’re about to see even more of the above ground work happen. The best is yet to come.”

Please pray with our Hungary team that God would provide more workers, partnerships, and resources so that the ministry can continue to expand and the skyscraper that has begun taking shape will be built up and one day come to completion.