Music brings people together. In Fusion, JV's music and performing arts ministry, we have seen that happen over and over again.

43 students and leaders from Fusion Slovenia traveled to Bulgaria recently to help launch Fusion in two cities there. We performed 9 concerts in different schools in Sofia and in Asenovgrad. Going on tour was pretty special and it was an opportunity for all of us to learn how to work together. One of our leaders, Urh says, "It was our tour. Not a choir from Slovenia joining a Czech choir and going on tour with them, but us doing it on our own." At times it felt like we were thrown into a sea of unknowns and we had to just figure it out.

Yet God's presence on the tour was obvious.

We saw Him work in miraculous ways before we even left. 26 hours before leaving for Bulgaria, our bus for the whole tour fell through. But, it only took two phone calls and 21 minutes for God to show up big time and provide a bus for us. 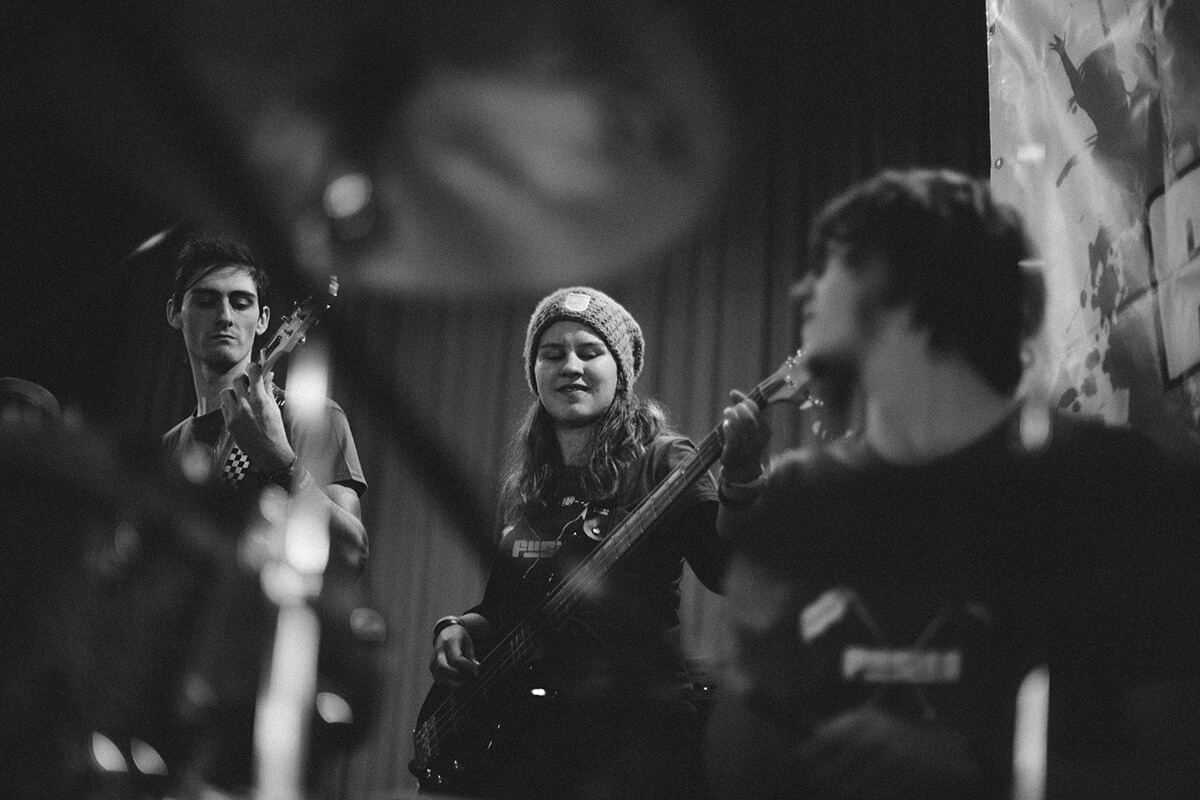 Our students came into the week of touring with open hearts and the willingness to learn. We had so many concerts in so many different locations and not much time in between, so we had to work together in order to succeed. When it came down to setting up or tearing down all the equipment, every one of us had a job to do; whether it was making sure the monitors were turned on, or checking to see if the cables were plugged in correctly. We didn't have all the answers, and we didn't always know what needed to be done, or how to do it, but everyone was willing to learn.

The tour and the concerts also provided a great opportunity for our students to do things outside of their comfort zone. Tinka, a student from Fusion Celje, was asked to lead a quiz about Slovenia during our concerts. She doesn't like to speak in front of people and that is why she didn't feel comfortable saying yes at first. She eventually changed her mind, and says, "The first time my friend and I led the quiz was a little bit awkward, but after that I loved it. We connected with the crowd and it was so much fun." After the tour in Bulgaria, she says she's gained a lot of confidence and doesn't feel uncomfortable speaking in front of people anymore.

Whenever you’re exposed to other cultures, you come across things that are different. We experienced a lot of this in Bulgaria, but our students were very flexible and willing to adapt to any situation they were thrown into.

On the last day of the rehearsals before the concerts, the leaders from Bulgaria taught us a Bulgarian song. Not only did we learn that song, but we also got to perform it at the concerts. A lot of our students have said that learning that song was one of the highlights from the tour for them. Since it was a well-known Bulgarian song, all the students we performed for knew it, and it was a huge hit. Something as simple as learning a song in Bulgarian helped build a bridge between us, and we were able to understand them better.

God used this tour to allow us to establish new relationships and deepen the existing ones. Friendships grew stronger, and both of our Fusions connected on a deeper level. 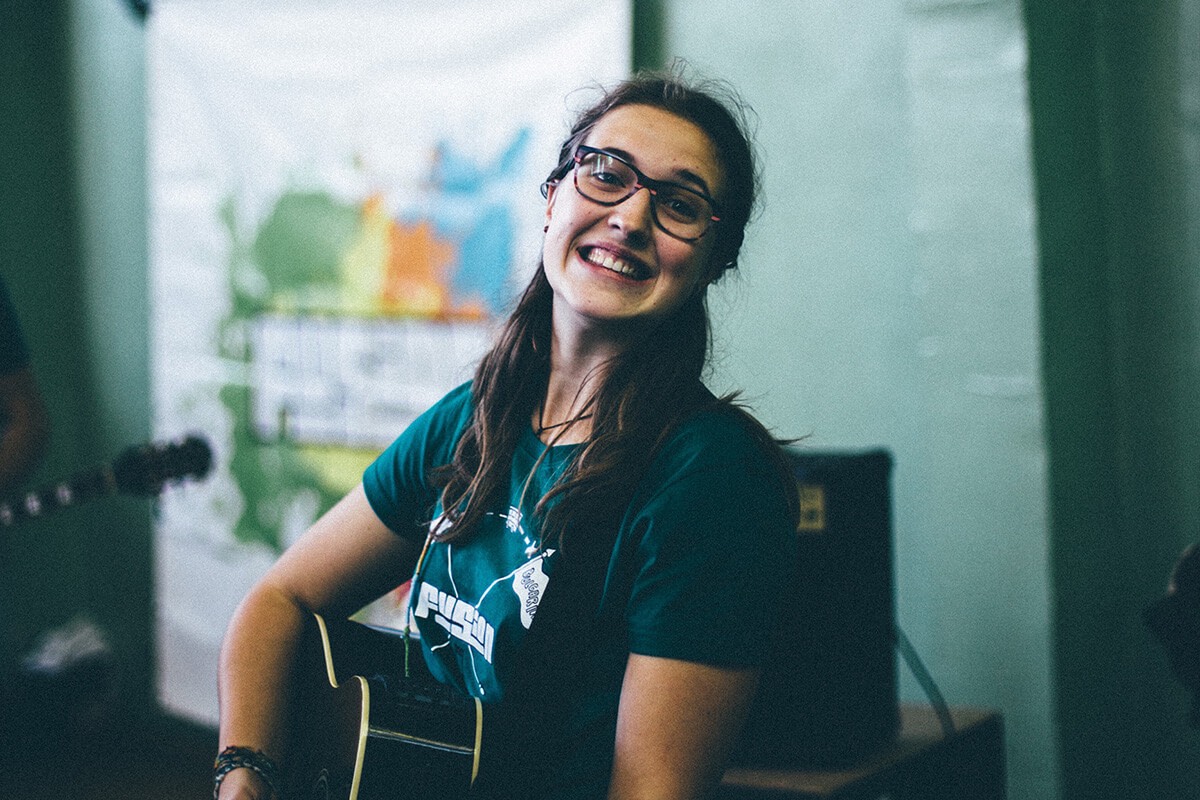 A Change of Hearts

In Fusion we use music as a tool to build relationships with the students. That is already happening in Asenovgrad, one of two cities that just started Fusion. They have had two rehearsals since the launch. At the second rehearsal there were 17 students who came. They brought their friends and some students have already started learning instruments.

Lubov is one of the main leaders of Fusion Asenovgrad. She says, “One of the highlights for me was a conversation I had with one of our students. She said that Thursday is now her favorite day of the week because of Fusion.” Lubov and the other leaders are already seeing a change in the hearts of these students. “When the youth try to play the instruments, we encourage them,” she says. “You can see something change in them --’Maybe I can really do this.’-- and it is so precious. I don’t think there are many other people in their life who would encourage them, and have faith in their talents and their potential.”

In that sense Slovene and Bulgarian culture are pretty similar. The environment our students live in, usually doesn’t help them to feel confident in their abilities and talents. During our tour it was wonderful to watch our students gain confidence as they saw what they are capable of doing.

As the week went on, we talked about God and His love for us. Our students started asking deep and hard questions. So many conversations about God happened on tour, and are still happening because of it.

"God didn't just change hearts in Bulgaria, He changed our hearts as well," says one of our student leaders, Aljoša. He’s right. God used this week to do incredible things in the country of Bulgaria. He used us there, but He also did something in each of our hearts, so that every day we would be more like Jesus.

Please pray with us for God to change the hearts of the students in Bulgaria through the new Fusion ministry. Pray for the leaders there to have bold faith in sharing the gospel with the students. Pray, too, that we would see fruit in the lives of the students in Slovenia and that the impact of this tour would be everlasting.