Ermal was born in a small, poor village near Vlore. His parents were divorced when he was only six months old and he grew up with his grandparents. They told him that by tradition he was a Muslim, but there was in fact, no God.

As he grew up, he spent a lot of time thinking about this. Because he had believed there wasn't any God in his world, he started to consider himself to be god of his own life. Ermal was so desperate to build a good and perfect reputation before others. But because he couldn't satisfy his desire to be perfect in this pursuit, he finally started to search for a god who was perfect.

On one occasion, his teacher invited him to the student ministry of the Brethren Church in Vlore. It was at that moment when he first discovered that there is a real and perfect God, and his name was Jesus. It took him one year of study and discussions to understand that he was a sinner and he needed a Savior. After that year, he gave his entire focus to Jesus and then accepted him as Lord and Savior of his life. Since then, Ermal never wanted to leave Albania, because he felt that God had called him to share the Gospel with the Albanian people.

In 2012, Ermal met his wife Denisa who also loves Jesus. Ever since they married, they have been serving together in youth ministry in Vlore. In February of 2018, God blessed them with a little boy named Jedidiah.

Ermal and Denisa's heart is for the young people in Albania - to share Christ with as many of them as they can, so their lives will be transformed to be Christ-like disciples and reach many generations to come.

You can give to Ermal & Denisa Bimaj. You will be redirected to our secure page

You can write to Ermal & Denisa Bimaj directly from this page. 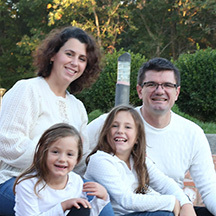 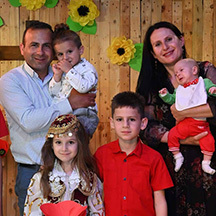 Petra & Adrian Šulka Since September 2020, Petra has been the main Exit Tour coordinator in Slovakia. Her work includes communicating with churches, schools, and carrying out preventive lectures at those schools. Petra and her husband Adrian live in a town called Nitra in Slovakia where both of them are serving in an Apostolic Church.

Ieva Ābola Ieva served in Latvia for three summers as a national intern and recently joined the Latvia team full-time to serve on the national Fusion team.

You can give to Ermal & Denisa Bimaj. You will be redirected to our secure page